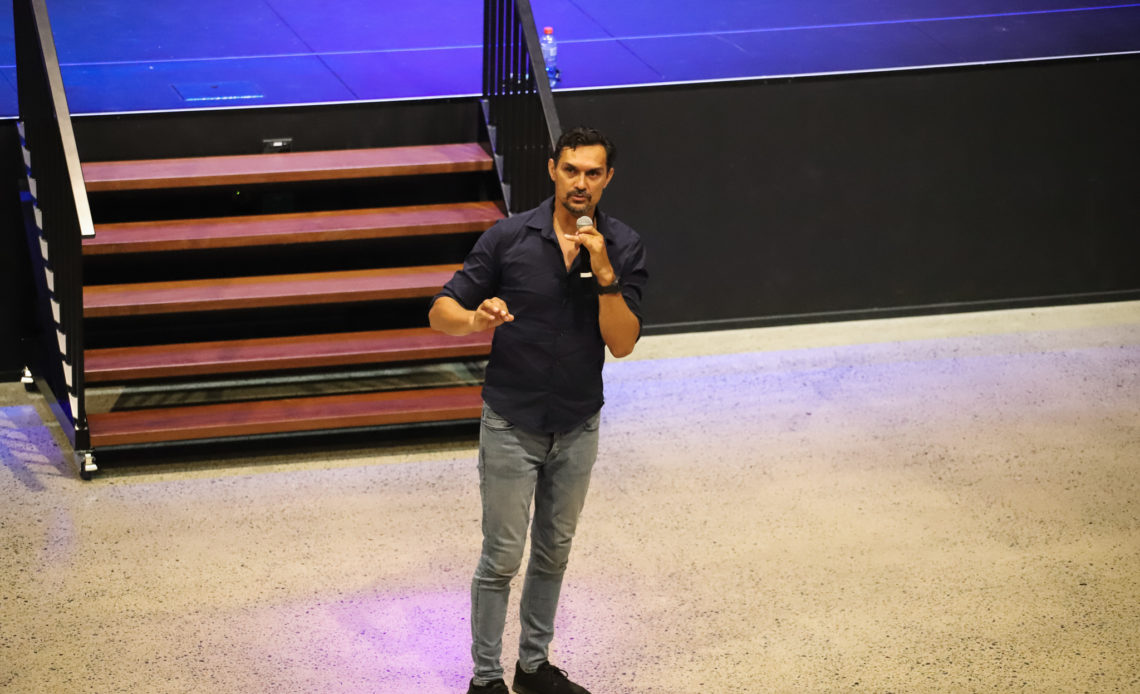 Students in Years 8, 9, and 10 have undertaken a series of workshops designed to educate our students on what racism looks like within modern society, and that racism or any other form of discrimination or bullying, has no place within our school, community, or Country.

After viewing the documentary students heard from Comedian Andy Saunders and his lived experience as a proud Indigenous man of the Birpai Nation. Andy believes the best way to make the world a better place is through laughter. Andy has an extraordinary ability to use humour to break down barriers and stereotypes as well as provoke thought from the moment he walks onto the stage.

As a school, we hope that today will send a strong message to our students and local community, that racism has no place here. As Martin Luther King once famously said, “The time is always right, to do what is right. You could start right now by doing a small part to treat people with dignity, courtesy and respect.”