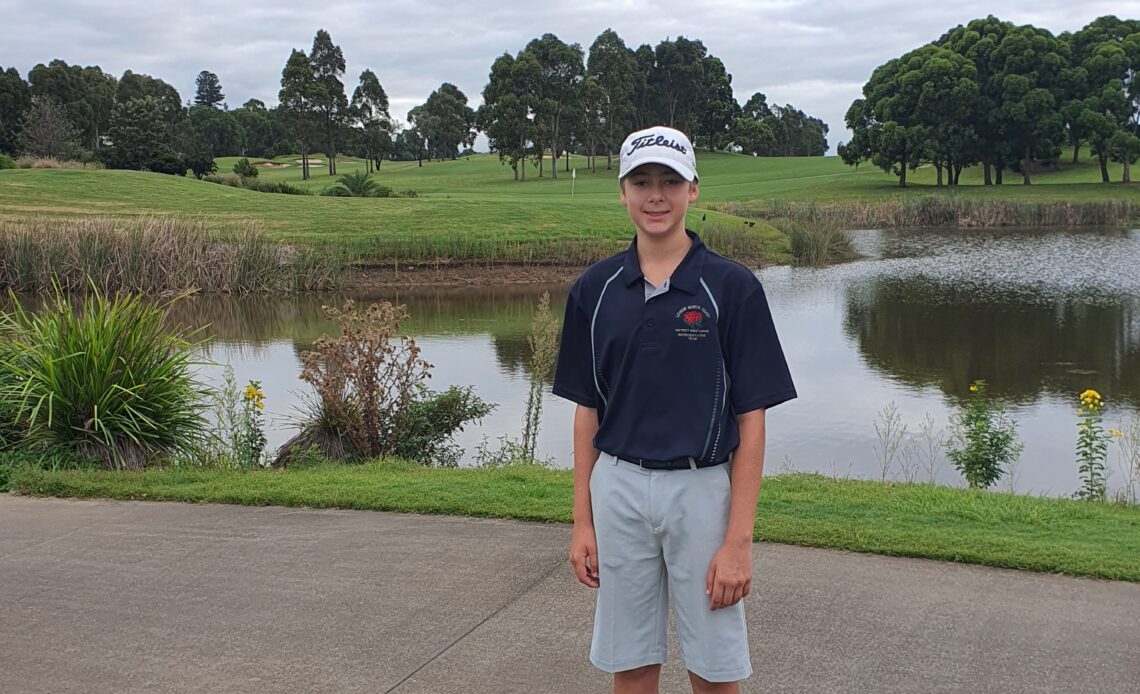 SCAS Year 8 student, William Martin, was seeded with two year 10 boys, in a combined field of 96 CIS and Catholic students from across NSW. William quickly found his rhythm, going 6 and 10 shots ahead respectively of his playing partners through the first 6 holes.

Conditions were quite testing, with soft fairways from recent rain, but hard, fast greens.

Making the turn, Wiliam was even through 9, and continued well after dropping two shots on the 10th, followed by a birdie on 11, but going long over the green on 16 and 17 cost him 2 more shots, before rounding out the 18th with a par and final nett score of 75 (+3).  The other members of the team rallied on the second 9, but William finished 7 strokes ahead of both of them, and somewhere in the top half of the overall field.