Everyone needs a safe place to fall 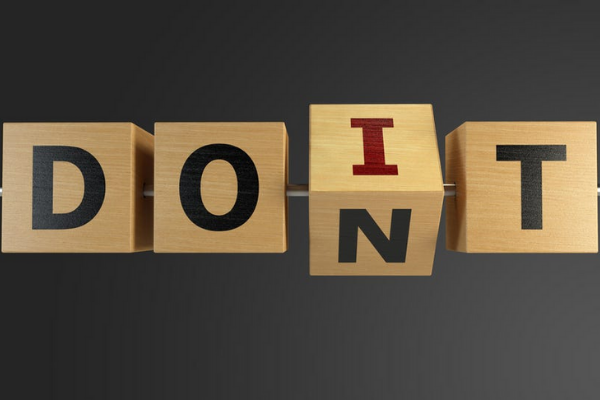 “Learning and failing go hand in hand, but unless people feel safe, they won’t take chances… Making it safe to fail is crucial because learning happens through experimentation, and experimentation often results in failure.” McKinsey and Company, 2020.

There is a lot written about creating a workplace culture where it is safe to fail. This is because learning from a failure often leads to success.

It is my belief that schools should be safe places. Safe from violence. Safe from discrimination.

A place where it is safe to dream, try and, if possible, fail without tragic consequences. There is no doubt that when a student feels safe and valued s/he learns more effectively and is more willing to take intelligent risks.

Intelligent risk:  The capacity to learn about risk from experience. An opportunity in which the potential gain outweighs the harm or loss.

Not all risks are created equal. Actually, the ones you take every day can be easily categorised into one of two categories: “Intelligent” or “Dumb”. The two important variables if determining whether you are about to be intelligent or dumb are the potential loss and the potential reward.

Potential Loss means, “How bad will it be if there is a complete failure?”- possibly some sort of horrible, unacceptable loss. Potential Reward means, “What’s the outcome if there’s success?”- possibly being a life-changing reward.

Acknowledging that some of us take “dumb” risks, with often tragic consequences, lets us focus on our support of those students who decide to take “smart risks”.

If we are to help our students to succeed and, in doing so, change the world, we need to allow them to have a safe place to try and, if necessary, fail. In a safe-to-fail environment, students should not be afraid to change things and experiment with ideas.

As a 21st century-focussed school, we need to build learning and experimentation into our teaching and learning model. At the same time, we need to develop a culture of safety, so that a failure does not become a “permanent” stain.

A truly safe school goes beyond a place where students and staff are free from threats, violence and bullying. A safe learning environment focuses on academic achievement, maintaining high standards and fostering positive relationships between staff and students. Safety is also creating a culture where students feel safe to try, knowing they will be safe if they get it wrong.

Safety is also about offering support when a person’s ego/psyche might be damaged by a sense of failure.

In a world where a sense of failure can sometimes have catastrophic outcomes, knowing that there are people you can talk to and trust if it “all goes wrong” can be vital.

“Peer support can make a real difference in people’s lives when they are facing the challenges of loneliness, isolation, and anxiety, all of which are contributing factors to increased vulnerability to suicide”. Catherine Lourey, Mental Health Commissioner.

At St Columba, having a go is possible because of the encouragement and support of excellent staff and a culture that respects effort, even when things don’t quite work out. And then acclaiming those who, through effort, do succeed.

The STANSW Young Scientist Awards Program encourages and celebrates excellence in STEM through inquiry-based learning. This year, we’ve had three of our students announced as Finalist Award winners in the category of Innovation and Engineering Design.