Success is a Funny Thing 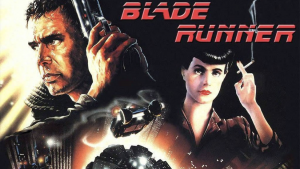 Success is a funny thing. Sometimes what looks like failure turns out to be success (in the long run).

For several years I have had the opportunity to teach students a Higher School Certificate unit based on the film “Blade Runner” – one of my favourite all time movies. And I am looking forward (not without some trepidation) to seeing the sequel, “Blade Runner 2049″.

One of the things that most people who have watched and enjoyed the original – now considered one of the great modern classic films – is that on its release, the film “bombed”.

“While androids dream of electric sheep, accountants must have endured hellish nightmares in the aftermath of Blade Runner’s dismal run at the box office in the summer of 1982. An opening weekend of barely $6 million was attributed to an ill-conceived advertising campaign, the competition of “ET” for bums on seats and a mixed reception from viewers who felt stunned by the imagery but alienated by the narrative.”

It took ten years before what is now considered a “blockbuster” stopped being seen as a bad idea/investment only appreciated by a small group of dedicated “underground film” fans.

“Blade Runner is one of those movies that needs time for audiences to absorb, due to its vast aesthetic and philosophical scope. The turning point came with the release of the hugely superior Director’s Cut in 1992, prompting a critical re-evaluation and huge sales on home video.”

I think the lesson from this is that passion for an idea or a project may end in what seems like  failure, but over time can become the foundation for great success.

This is a lesson for our students. Sometimes what seems like failure can be success in disguise. It can also be an opportunity to review ideas, plans or goals and set ourselves on a new and more productive path.

Here is some advice for dealing with failure:

History is littered with successful failures and the main difference between them and abject failures is that they did not give up, did not stop trying or did not accept that the current assessment of them was the end of the story.

If I might quote from a character in another of my favourite movies The Best Exotic Marigold Hotel:

“The only real failure is the failure to try. And the measure of success is how we cope with disappointment. As we always must. We came here, and we tried. All of us, in our different ways. Can we be blamed for feeling we’re too old to change? Too scared of disappointment to start it all again? We get up every morning, we do our best. Nothing else matters.”

Evelyn: Nothing here has worked out quite as I expected.

Muriel: Most things don’t. But sometimes what happens instead is the good stuff.