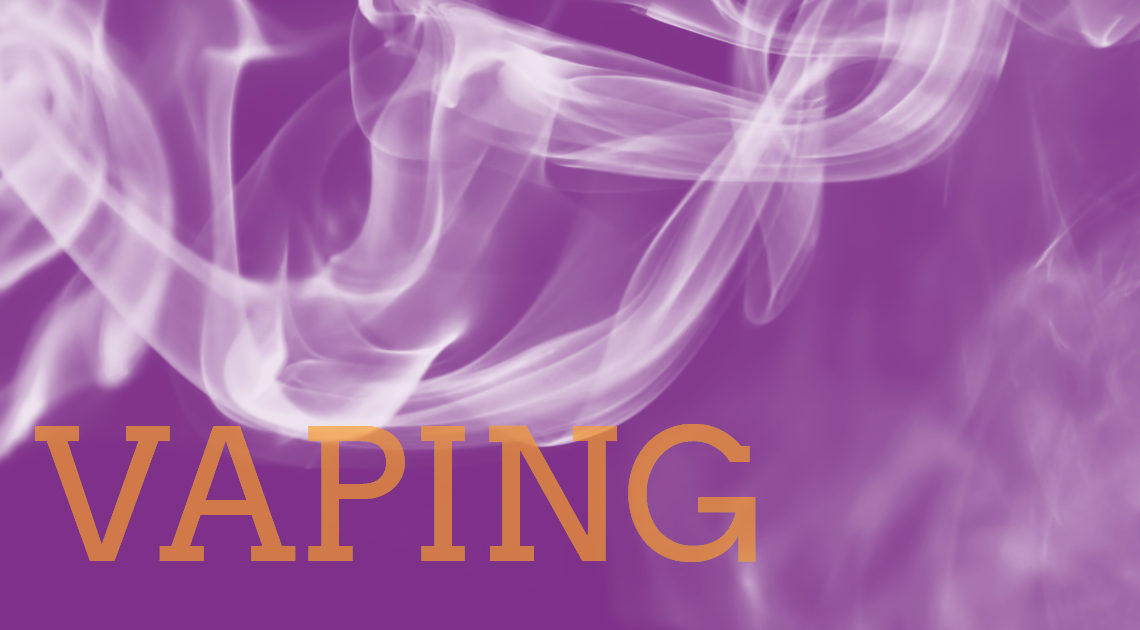 “But it’s only vaping. At least I’m not smoking”

Vaping or JUULing is on the increase in young people. According to the 2017 Australian Secondary School Students Alcohol and Other Drugs (ASSAD) study, 13% of 12 to 17-year-old students reported that they had ever used an e-cigarette. Around one third (34%) of 12 to 15-year-olds and just over one quarter (27%) of 16 and 17-year-old e-cigarette users reported vaping at least once during the past month.

“Schools are now having to deal with the issue and many parents simply have no idea what vaping actually is and why it has become so popular in such a short time.” (Paul Dillon)

Adults call them e-cigarettes and this can induce eye-rolling in children/adolescents who use the terms “vaping” or”JUULing”.

A “JUUL” is a particular brand of e-cigarette that looks a lot like a USB that statistics say young women are more likely to use.

Some facts about this growing phenomenon are:

Myth: Vaping just creates harmless water vapour.
Fact: Vaping exposes the user to a range of chemicals that can cause serious lung damage.

Myth: It will stop me smoking cigarettes.
Fact: Young people who vape are more likely to smoke.

Myth: Vaping doesn’t hurt people around me.
Fact: When you vape you breathe aerosol into your lungs and then expel it into the air breathed by those around you.

St Columba takes its duty of care to our students and community seriously. As a result, we have a policy that directly addresses the dangers involved in vaping:

St Columba prohibits the use, possession, sharing or providing of e-cigarettes/vapes on campus or at any School-related event.
Students in breach of this policy will be subject to disciplinary actions that may include suspension or even termination of enrolment.
This policy includes a ban on staff/parents/guardians/care-givers using vaping devices on campus or at School functions.

“My advice is to add e-cigarettes to any discussion you may have around smoking…
Raise it and let your child know exactly where you stand on young people and vaping.”
Paul Dillon, Director and founder of DARTA.