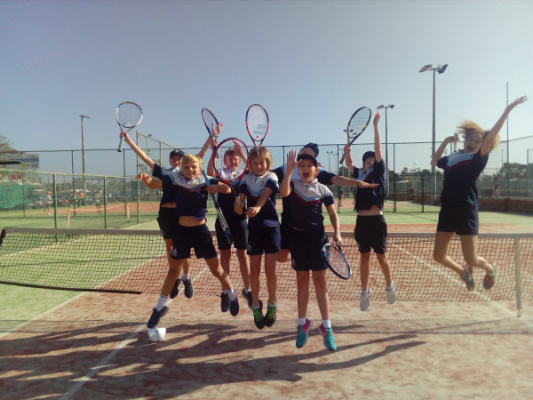 The mighty SCAS Tennis team has again been victorious at HRIS in Newcastle today making it three years in a row!

All three students will now represent HRIS at the CIS Championships to be played next year at The King’s School, Parramatta.

The remainder of our team, Michael and Robbie Vandoros, Jack Lund, Ella Carroll-Fitzpatrick and Ban Rashdan, played extremely well with 6 of our 8 players making the play offs.

As usual all players showed exceptional behaviour and sportsmanship. A big thank you also to the parents who attended and supported the team.