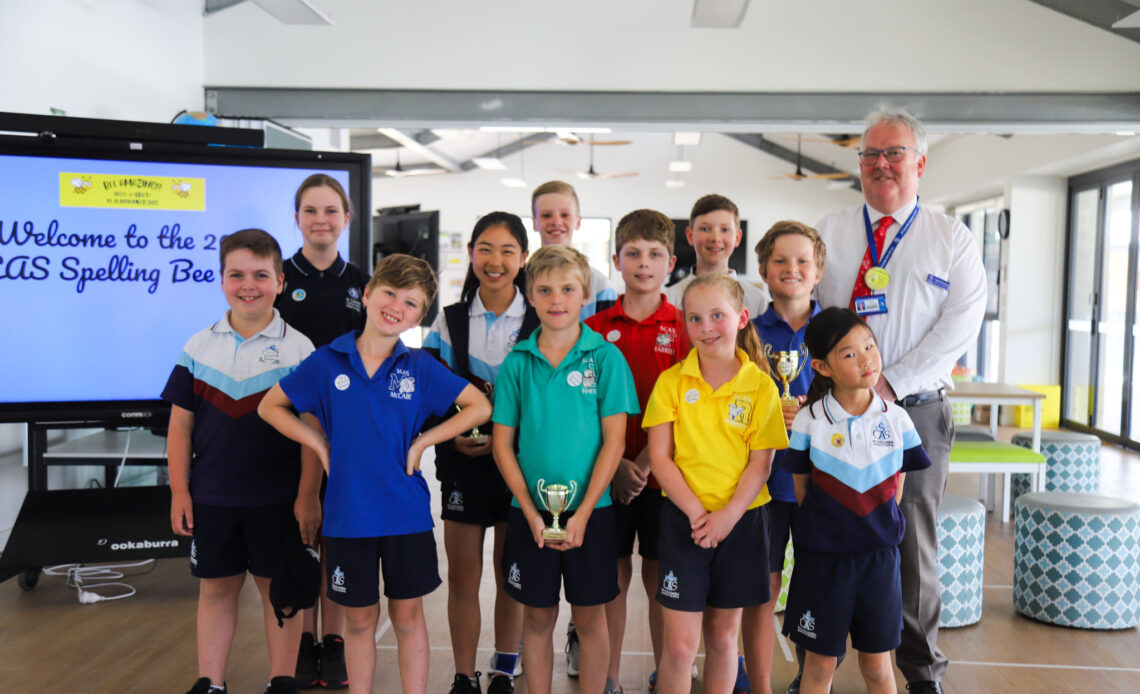 After our Spellabrations this week, Friday saw the Spelling Bee Final!

Stage 1 finalists Emma Zhang, Maddison Wren, Thomas Cairns and Ethan Hudson dazzled the audience with their spelling prowess. In the end it was food that led to the champion speller, with ‘spinach’ trumping ‘spaghetti’! Congratulations to our Stage 1 Champion on the day, Year 2 student Thomas Cairns.

We then saw a three-cornered contest in the Stage 2 Final between Iris Cheng, Jacob Doyle and Joshua McCombe. Competition was intense and it was not until Round 5 that we saw our first misspelling. Each remaining speller held a chance to gain victory after a mistake from their opponent, yet in scenes reminiscent of grand slam tennis the opportunity was lost, and the spell-off continued. Eventually it was Year 4’s Iris Cheng who triumphed, and is to be congratulated as our Stage 2 Champion.

Finally, we moved on to the pressure of the Stage 3 Final as Lawson Clark, Teddy Dalzell, Chelsea Doyle and Milton Finnecy matched wits amidst discombobulating four syllable words littered with silent letters and exceptions to spelling rules. After a tense contest there was a stumble from his opponent, and Milton Finnecy from Year 5 stepped up for his opportunity to be crowned Stage 3 Champion. With the assuredness of a veteran of the US Spelling Circuit, Milton nailed his final word and rose the trophy aloft.

Congratulations to all of our finalists and in particular to our Spelling Champions for 2022. Something worth Spellabrating!